IVANKA TRUMP was at the White House today filming for CNBC’s Squawk Box. Laughing with the crew she wore a silky blue silk cape dress.

IVANKA was at the White House this morning fulfilling her role as senior adviser.

The daughter of US President Donald Trump was being interviewed by Joe Kernen for CNBC’s “Squawk Box”.

Sitting out in the sun-soaked White House garden, the ‘first daughter’ looked radiant and she laughed with crew.Befitting of the summery day, Ivanka wore a silky, blue shirt dress.

The dress fell just below her knee, featuring button detail running all the way down it.

The top half of the dress was buttoned all the way to the top, featuring a stiff shirt collar.

In an unusual style move, the dress’ silky long sleeves were cut out in cape style, exposing Ivanka’s lithe arms.

The elegant dress was tied at the waist with a skinny belt, cinching in the former model’s tiny waist.

Sitting on a director’s chair, the mother-of-three’s long tanned legs were on display, accentuated by a pair of matching pale blue stiletto heels. 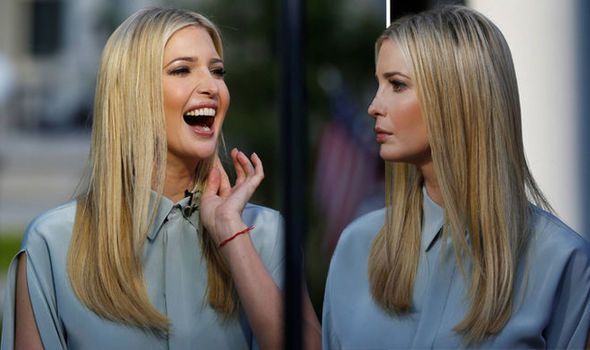 Ivanka was being interviewed for the CNBC show Squaw Box (Image: REUTERS) 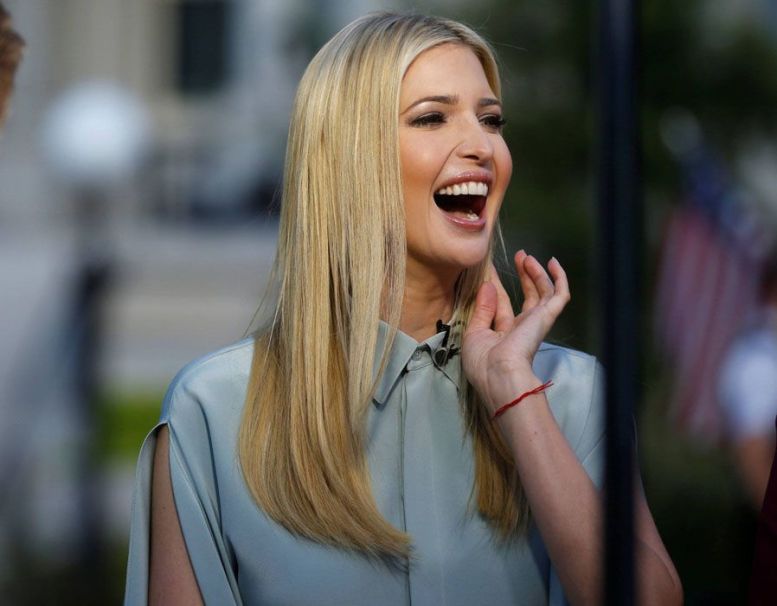 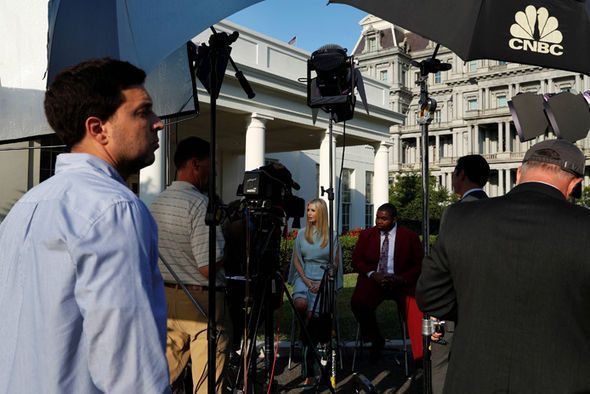 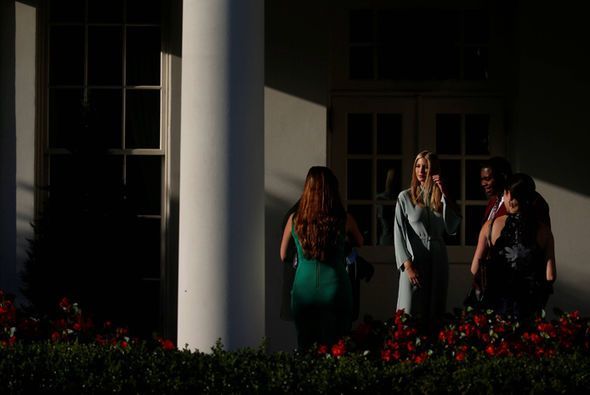 She wore a full face of makeup, with a shimmery gold and brown smokey eye and lashings of thick mascara.

Her glowing cheeks were brushed with highlighter and she wore a pale pink colour on her lip.

Dressing the look down, she wore no jewellery apart from a few delicate rings.

Ivanka was filming for Squawk Box, a morning news and talk programme where the biggest names in business and politics discuss important topics. 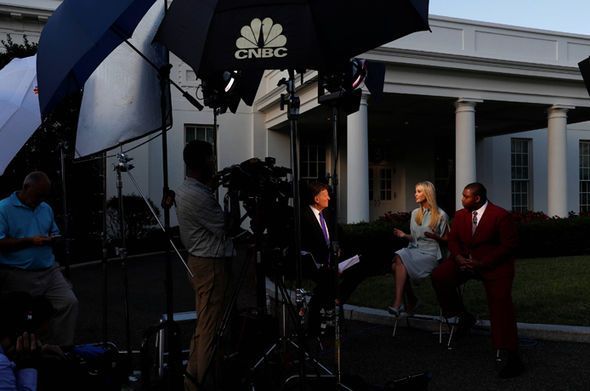 The show features big names from the world of business and politics, with Ivanka being interviewed (Image: REUTERS) 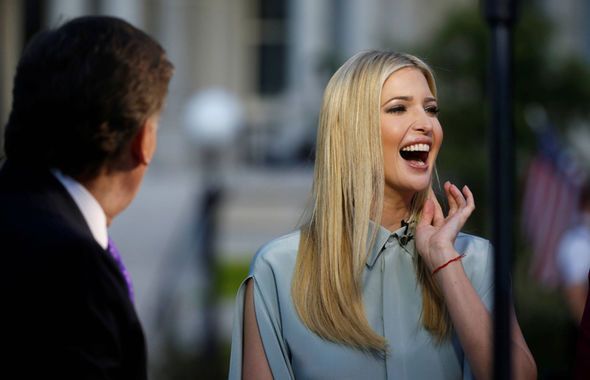 Her laid-back mood was a stark contrast to yesterday, when the 36-year-old made a speech at the White House.

Wearing a pale pink ensemble, Ivanka was fulfilling her duties as senior adviser to the President on his behalf.

She looked subdued today as she took the meeting, showing a nervous facial expression.

Ivanka wore a pale pink skirt suit for the important meeting at the White House.

The suit jacket had a peplum style, nipping in at the waist and then flaring out over the stomach.